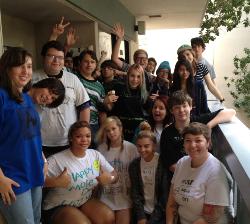 Celebrated annually on October 23 from 6:02 a.m. to 6:02 p.m., Mole Day commemorates Avogadro's Number (6.02 x 10^23), which is a basic measuring unit in chemistry. Mole Day was created as a way to foster interest in chemistry. Schools throughout the United States and around the world celebrate Mole Day with various activities related to chemistry and/or moles.