Ms. Ferguson was one of just 16 teachers nationwide to be awarded a prestigious grant to attend a seminar in Vienna, Austria this summer. The seminar, entitled Mozart's Worlds: The Marriage of Figaro and Don Giovanni, is offered through a National Endowment for the Humanities grant. Tara will spend three weeks in Vienna studying Mozart's life and career as it was influenced by enlightenment ideas and philosophy, as well as other educational topics related to the integration of arts, history and literature. Viel Glück!

Koryn and her husband Roy Wasson Valle were awarded a commission to do a three month long large scale installation in the 2500 square foot gallery of the Scottsdale Civic Center Library. They are transforming the blank space into a wonderland called "Camp Dreamtree". They are inviting kids of all ages to become Dream Scouts who pledge their love of books, nature, curiosity, and the utmost respect for wonder. Dream Scouts are invited to go on an achievement quest, collecting badges at each Dreamhouse, exploring the Fire Weather Forest, and finding surprises in the sky, amongst hanging clouds, flowers, and fantastic creatures.

Nicole will be teaching at Phoenix Theatre and The Arizona School of Classical Ballet for their summer intensives.

She will also be teaching at Fusion Dance in Green Bay, Wisconsin, for their summer intensive and teaching a workshop at the Dance Education Center in Stevens Point, Wisconsin.

Finally, she will be performing at the “Dance in the Desert Festival” in Las Vegas at the end of July.

Mr. Rutt will be spending the majority of his summer in Central America.  The first part of the summer will be spent traveling with his two younger brothers through Costa Rica, Nicaragua, Honduras and Guatemala. They will be exploring the culture and different points of interest throughout those countries. At the end of the time in Central America Mr. Rutt will join a 40 person delegation through the Ignatian Solidarity Network to commemorate the death of 6 Catholic Jesuit martyrs that were killed 25 years ago in El Salvador. While there he will learn about the 30 year civil war, and interact with the communities that lived through the war by connecting with people that knew and interacted with the Jesuit community. 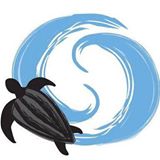 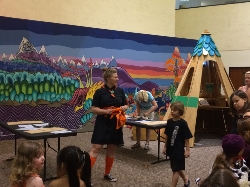